WE HAVE A FANTASTIC LINE UP IN STORE FOR YOU THIS YEAR WITH SOME OF THE BIGGEST NAMES IN IRISH & COUNTRY MUSIC ON THE BILL.

From Moy to Melbourne and Limavady to London – Derek Ryan is Irish country music’s golden boy with chart topping albums, self-written smash hit singles, box office busting live tours and of course – an army of faithful fans around the world.   Derek’s rise to stardom on the country scene has been at a phenomenal rate, with few other country stars having made such an impact. With two Irish Number One albums, sell-out shows at home and abroad and fistfuls of music awards to his name including Entertainer Of The Year, Album Of The Year and Best Live Performer. But he is perhaps proudest of the award winning recognition for his songwriting abilities at the Sunday World and Irish Country Music Awards.   Dozens of artists including evergreen multi-million selling star Daniel O'Donnell underlined the industry wide admiration for Derek's songwriting talents by recording versions of God's Plan. Since then, with a combination of terrific talent, admirable determination and a continuous desire to do better, Derek's career has kept on reaching progressively greater heights.

These guys undoubtedly stole the show last year. After two stellar albums and international tours, contemporary Irish Folk-Rock group All Folk’d Up have come a long way since their inception back in 2009.   The band was formed by Pauric Mohan while the singer was studying for his music degree in Dublin. Young-gun of the group Stephen McElvogue was deployed on guitars while drummer Szymon Dwulat keeps the band punching in perfect rhythm. Pauric called upon the services of younger brother Barry Mohan, who adds pumping drive to the band with his punchy bass lines and fantastic vocal harmonies.   All Folk’d Up offer fans an eclectic mix of classic sounds from Folk and Rock music traditions, while still sprinkling their own unique, modern twist. Fans have become accustomed to hearing bouncing melodies, enticing lyrical stories, vintage Folk-Rock sounds with jaw-dropping banjo progressions.

With a frontline of 3 flutes & whistles isn't the kind of thing to guarantee success, even in the folk field, but that's what Flook opted to do when they formed in 1995. Brian Finnegan, Sarah Allen, Michael McGoldrick & Ed Boyd had joined forces for a short run of shows but such was the positive reaction to their sound, they decided to carry on. The line-up was preserved on their 1996 album, Live! - a daring first move for an unknown quantity & an indication that Flook absolutely refused to play it by the book. It quickly became all change as McGoldrick moved on. The masterstroke in replacing him was to bring in another Mancunian, John Joe Kelly, a virtuoso on bodhrán, who added a completely different dimension to the sound. Over the next 3 years, the foursome refined their sound, with a dual frontline of Finnegan's whistle & Allen’s alto flute & accordion, while Boyd & Kelly took on something far more important than a mere supporting rhythmic role. In 1999 they released Flatfish, a mix of original & traditional compositions that covers the spectrum of instrumental music in a thoroughly thrilling fashion. Rubai followed in 2002. They gigged all over the world & in 2005 Haven appeared, a further refinement & expansion of the twin-flute sound that was uniquely theirs. Flook took a break from 2008. From 2013 there were some live shows, but it wasn’t until 2019 that Ancora arrived, dubbed by The Irish Times “a luminous reunion”, while fRoots magazine said: “class is indeed permanent.” 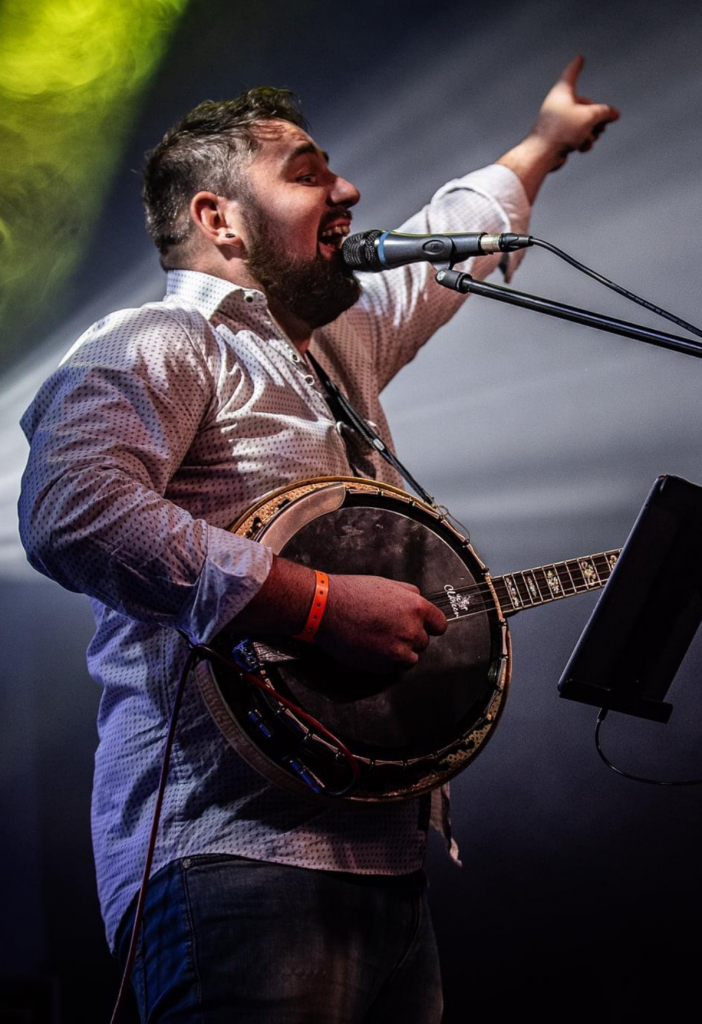 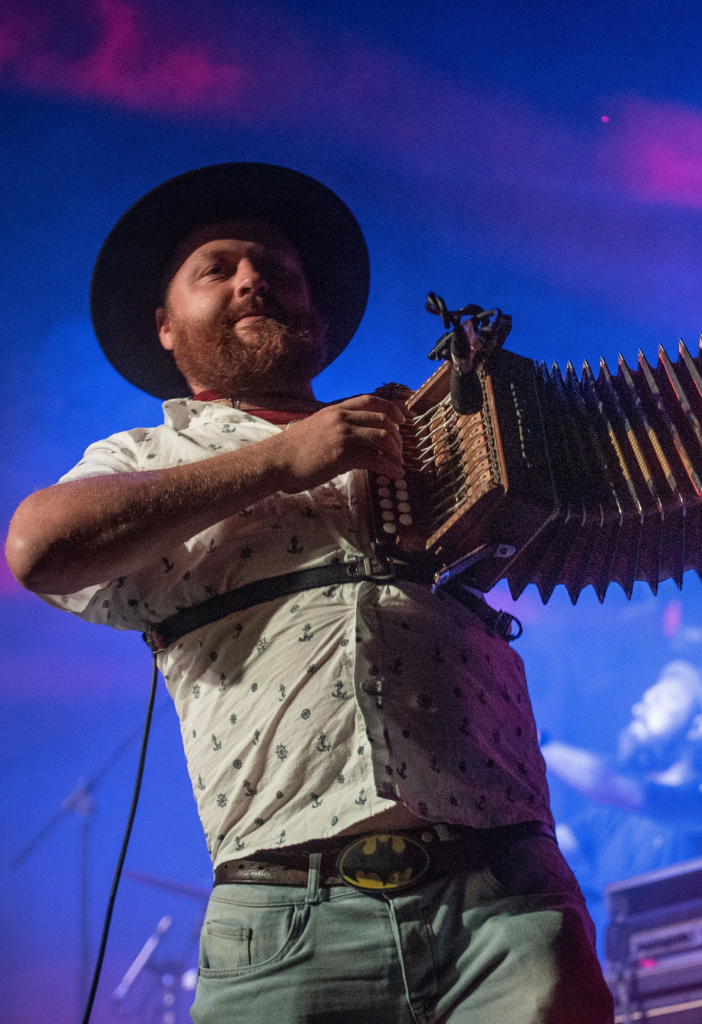 Claudia Buckley is one of country music’s brightest upcoming stars. With a famous father (country singer Jimmy Buckley) behind her, a glittering personality and the incredible vocals to back it up, the sky's the limit for the Galway-native. We can not wait for you to hear this young lady sing!

These guys are absolute legends in Manchester and will put on a great set at Craic by the Creek in the summer. The Last Drop are a 6-piece band comprising of flues, fiddles, banjos, vocals and guitars and play an eclectic mix of Celtic rock, Irish trad with a few pop numbers thrown in for good measure.

Lampa had absolutely everybody talking after last years festival and so it's no surprised that we have brought them back for a second helping this year. They have been friends of the festival since we launched and must have brought half of the Birmingham Irish Community with them in the van last year. We can not wait to see them perform on the main stage at Whiteottom Farm once again. 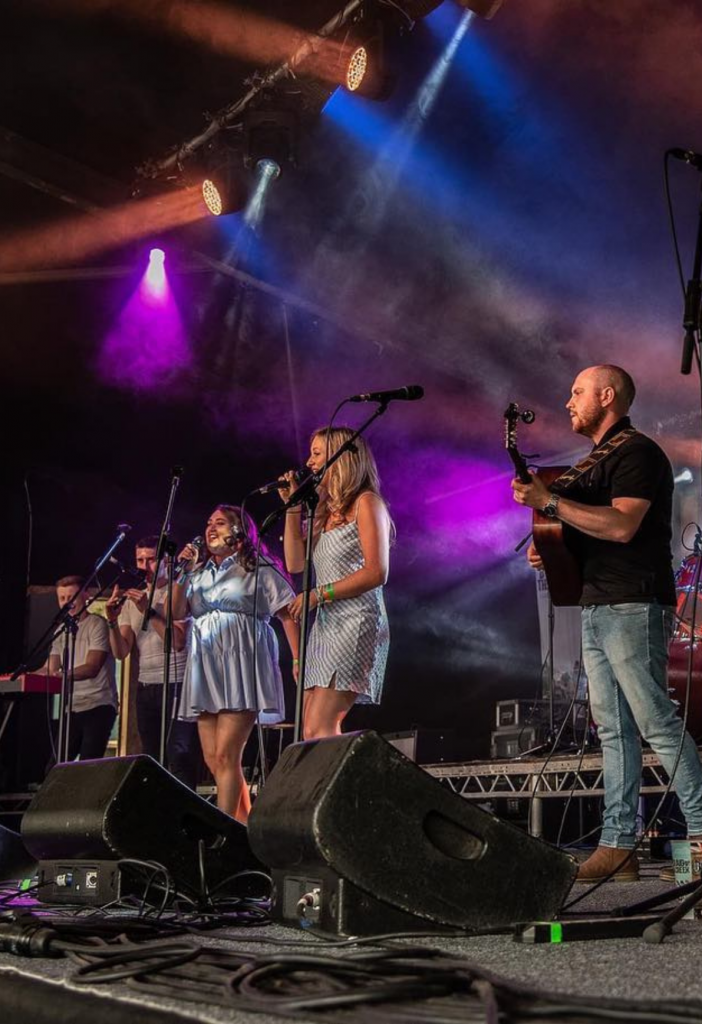